On April 28, 2015, Shawn Graham (aka @electricarchaeo) wrote a post on his Electric Archaeology blog: “Ludi Incipiant! A Call for #Archaeogames?” It’s one of those so-simple-it’s-brilliant ideas that made […] 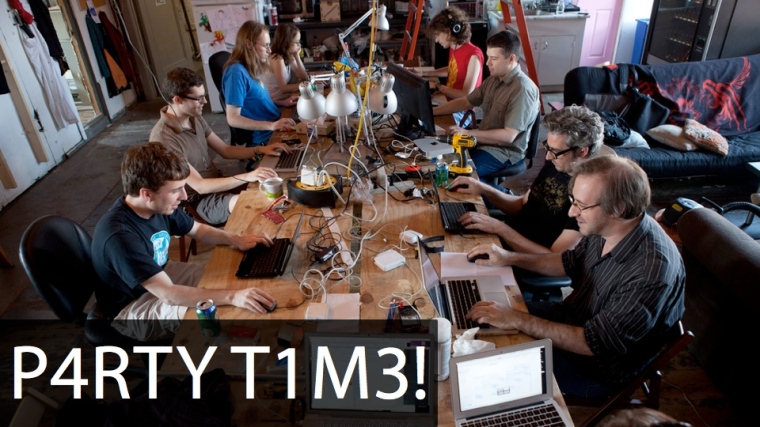 On April 28, 2015, Shawn Graham (aka @electricarchaeo) wrote a post on his Electric Archaeology blog: “Ludi Incipiant! A Call for #Archaeogames?” It’s one of those so-simple-it’s-brilliant ideas that made me smack myself in the head and say, “why didn’t I think of that?” To sum up the post (which you should read in full by clicking the link above), instead of writing about video games and archaeology as part of a “call for papers,” why not issue a “call for games”?

I think this is a great idea, and commented:

“The academic in me wants papers, but the field archaeologist in me wants practicum. I see this unfolding in two phases: Phase I would be an archaeojam, which could be run through Game Jolt like the recent adventure jam was. Archaeology-inflected games would be built over the course of a month and then debuted at an unconference. Think of it as an archaeogaming LAN party. Participants can attend in person and can play (and critique) each others games over three days, non-stop, with bad food and beverages just like when we were in high school/college. After the event, teams would go back and revise, at which point we could vote on the best 3-5 games to put forward to a publisher as a bundle, or we could release them into the wild for free, or sell them at an app store or whatever, using any proceeds to fund the publication of a companion Ebook written by the teams on how the built what they built and why. We could also go the route of partnering with Games for Change or similar, pairing gaming archaeologists with game developers to create something more reasoned and polished. Ideally I’d love to see an archaeogaming summit at something like E3 where gaming archaeologists can meet with AAA and indie studios to talk archaeology, in-game looting, lore, and more as we try to build bridges between the discipline and the gaming industry.”

What are YOUR thoughts on a game-jam, LAN party, #archaeogaming summit? Shawn and I will be there. Will you?