In the olden times back when the World Wide Web was called the “Over-Soul” by our Transcendentalist forebears, academic journals and not-so-academic rags would publish an article in one issue, […] 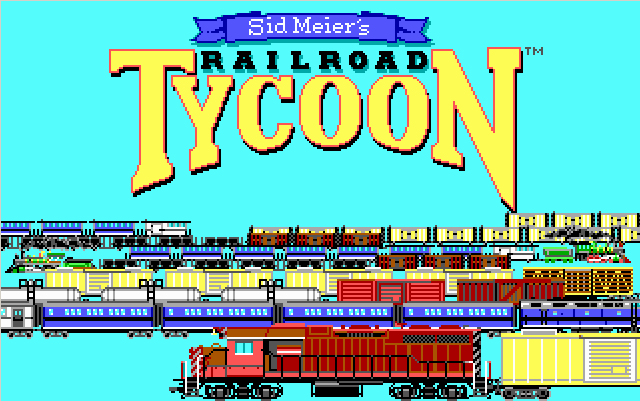 In the olden times back when the World Wide Web was called the “Over-Soul” by our Transcendentalist forebears, academic journals and not-so-academic rags would publish an article in one issue, and a response in the following issue, and so on, carrying on a public debate in print. The delay in print publication arguably allowed for the creation of measured responses and enlightened dialogue. Here in the Future where the conversation never stops, it’s been refreshing to wait a day or two (which equals about a month as measured by 1800’s standards) prior to crafting a response to a friend and colleague on our shared love of Archaeogaming.

On May 4, 2015, Tara Copplestone published on her excellent Gamingarchaeo blog the first part (of many) of an “Archaeogaming Rant” which you should read in full here before continuing.

I’ll address two points in order to clarify my thinking on Archaeogaming itself, on its promotion, and how archaeologists and the public can engage with it:

1. The Archaeogaming Hype-Train: The concept of Archaeogaming as a serious archaeology subdiscipline began forming after 2010 (and likely before) as archaeologists who play video games began to think about the media with which they were engaging in an archaeological way. In 2015, Archaeogaming is still half-baked, finding its way through the Borgesian worlds of reception studies, gaming studies, media archaeology, informatics, artificial intelligence, and more. I think Archaeogaming is best defined as “the archaeology in and of video games”, something that leaves the field open for interpretation. Some archaeologists will conduct “real” archaeology within a virtual world, while others will study how archaeology is portrayed and received by gamers and game developers. It’s exciting to consider the potential of Archaeogaming for the very fact that in can be explored and written about in so many different ways by so many different voices.

Part of the excitement for me at being on the ground floor of a new science is that we can explore in any direction we choose. For now, it’s messy because we’re still inventing the rules, or are learning how to apply (and question/break/change) the rules established by archaeologists, philosophers, and others for more traditional scholarship and dissemination of knowledge. We should be excited by this new field. Excitement breeds energy and notice, inviting peers/colleagues as well as the general public to come explore Archaeogaming and hopefully stay a while in order to turn something that for many is a hobby into a subject of serious study.

Those readers who know me know that I have an entrepreneurial spirit, that I am a generalist, and that I firmly believe that any idea I have and present in public ceases to belong to me and instead belongs to whomever wants to run with it. So for me with Archaeogaming so far (see any of my previous posts on this blog), it’s largely been about poking the concept with a stick, and trying to blaze some trails in many different directions with the hope that others might follow the breadcrumbs and engage deeply with a small part of what Archaeogaming is, staking a claim and building community.

Hype creates buzz and draws crowds, and I think that any field of study would benefit from the attention. What we do once the crowds arrive is just as important, and I think Archaeogaming is at a point where archaeologists have built a loose framework that will entice some of the crowd to stay and to contribute. To close with Tara’s Hype-Train analogy, I wouldn’t say that Archaeogaming is a runaway train; it makes stops to let people off to explore places, and can then collect them again to take them someplace new.

2. Publishing through/about Games: I have been struggling for years in my position as an academic publisher to figure out how to properly (and widely) publish the work of what is ultimately a multi-dimensional discipline: archaeology. Print publication has been the norm for centuries, but it still fails to communicate the 3- and 4-dimensionality of archaeological science. 3-D scanning/mapping, Linked Open Data, and the advent of more affordable 3-D printing have helped nudge traditional archaeological publication towards something that is more useful, especially when complete data sets and photo archives can be made available in support of the text.

Publishing about archaeology and games increases the complexity, as does publishing-as-a-game. I do think the publishing vehicle we choose must be suited to the audience for whom it is written. If I am writing for an interested public, text-and-image might be enough to communicate basic ideas. As I work through these ideas, audio/video via Twitch/YouTube would seem to be a necessity to supplement/complement what I’m doing. Active, live participation in in-world events (including archaeological excavation and survey) is also necessary and should be recorded and published online.

As for getting archaeologists together to make games as part of an “archaeology” jam, I think my goal was to break away from a traditional conference format and to forbid papers or even formal talks. Instead we can discuss in a receptive and low-stress environment what it means to be an archaeologist who plays games, what do we as archaeologists hope to see when we play games featuring archaeology and cultural heritage, and how we might create a game about some aspect of what it is we do professionally. What we do with the reception of archaeology in games is very similar to working with archaeological entries in Wikipedia: we can either let others do the work and complain about the results, or we can work to change the culture from within, taking ownership of the information that is being provided to the public. Maybe what comes out of the “archaeology jam” is a handful of ideas or a fully developed pitch for a game. And the idea of an Archaeogaming E3 summit (or similar) is basically to have archaeologists lobby game developers re: sensitivity to cultural heritage and looting specifically, finding a compromise. Tara makes this point quite well when defining the concept of “Developer Archaeologist Archaeologists”, and I defer to her experience with working with game developers.

While interfacing with developers will continue to be important to some archaeogamers, there are others who will be more concerned with conducting archaeology within games — any games — to understand them. This is wholly separate from lobbying for archaeologists and developers to meet in the middle regarding archaeology. I would also guess that most archaeologists seriously interested in Archaeogaming have little or no skill/desire to create games, but would much rather work within games created by others. Herein is the split between archaeologists of games and archaeologist-developers. The two need not be mutually exclusive, but the shared skill-set will be hard to find in most individuals. Still, the idea of a game jam or gaming get-together would at least educate archaeologists in the how-to of game development where we can begin to understand the thinking and especially the compromise that goes into creating any title. Understanding that creation process of making something is in and of itself archaeologically interesting. This second’s Tara’s call for archaeologists to attend and participate in other gaming jams and events outside of our field.

What is important with ideas such as an “archaeology jam” or an Archaeogaming session at a major archaeology conference is to gather both early adopters and skeptics together in meatspace (and simultaneously in cyberspace via Skype, etc.) to have conversations about what we are doing, what’s working, what’s failing. For now it’s a SIG (special-interest group), but I think it will grow as more archaeologists decide to make games their sole topic of study. Anything that we publish out of this marks a starting point for future collaboration and discussion. Consider these occasional white-papers (or whatever they will be) to equate to “build numbers” or patches or versions of a game. It is a semicolon to a very long, possibly infinite sentence. We need to promote and to publish, and we need to do that all the time. And as we publish, we will find the media best suited to what we want to say. Maybe a PDF Ebook with links to content that can’t fit within a 2-D framework is not a great idea, but maybe we should publish it anyway just to do it and to demonstrate that dead-end. If anything, at least we’ve put something out there for others to read and to improve upon.

I’m eager to read Tara’s forthcoming posts. If Archaeogaming is to grow and mature and not be dismissed as some kind of side-show, we need this kind of critical thinking and rigorous examination of what we’re doing and what we want to do.

Posted on May 6, 2015 4 By Archaeogaming Theory Posted in Theory Tagged #archaeogaming, copplestone, gamingarchaeo