Skip to content
When is a Video Game?
archaeogaming 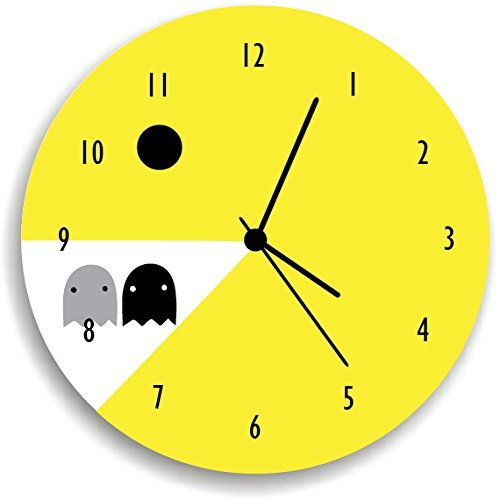 I was asked by an archaeology undergraduate student recently if a video game is from the past, present, or future when it is being investigated archaeologically. Archaeology does like to concern itself with time (perhaps overly so), and people (including some archaeologists) continue to think that the past (“old stuff and dead people”) remains the sole province of the discipline. Archaeology of the recent past and of Late Capitalism as well as the Anthropocene and now Cthulhucene, stands as a corrective as archaeologists consider Things within the wider context of human and non-human interactions with them. I think that while time can be an important contextual marker (especially with antiquity in all its forms, regions, and people), it cannot be a major focus of recent archaeological focus. Two of the first questions asked by non-archaeologists about an archaeological find: “how old is it?” and “how much is it worth?” Archaeologists should continue to steer humanity away from these questions, instead focusing on function, context, and entanglement. I am not saying that the non-archaeologist’s questions on “time” and “value” should be ignored: quite the opposite. Answer how old something might be, but explain why, and perhaps ask a question in return: “why is the age of something important?” For value, keep away from price and instead explain its archaeological value, and why that might be important for humanity generally. There are plenty of other interesting and important questions to be asked of the archaeological record no matter if its context is contemporary or ancient, mass-produced or unique. And while I’m on this soapbox, let’s follow Donna Haraway’s lead and get away from everything being about us, about how humanity is impacted by something. Humanity is but a spoke in the wheel of science, and I am finding it more interesting to consider archaeological questions without the human element present (aside from my human self acting as observer and interpreter).

I realize the above paragraph is a very long and roundabout way of getting to the student’s question, but his question prompted my thoughts on the above first, especially on the importance of time, and more specifically of time and video games. I wrote about several kinds of time in digital games back in 2016, but the one aspect I had not considered was the one I was just asked about. Condensing: “When is a Video Game?”

I don’t know. Raiford Guins addresses this topic in his book Game After: A Cultural Study of Video Game Afterlife. He asks, “when is Space Invaders?” I’m going to take a crack at it here as well, having admittedly not read what is likely a wealth of accumulated bibliography on the topic. Perhaps there is something to be said for coming to a problem without bias, so long as it is followed up with a literature review and then revised thinking informed by both one’s own experience and published writing by others.

We arrive at a fundamental question: does life begin at conception, or does it begin at birth, or does life really no have a formal, definitive beginning, but instead is a fluid and complex concept? I think the “when are videogames” question mirrors this. One or more people have an idea and then act upon it, creating various drafts and prototypes of a game, from premise to treatment to script to code and so on. At some point the game is either abandoned or published. And after publication, the game’s life continues as it is updated, patched, and modded. Even after a game is retired, it has an afterlife (which is really just a continuation of its life, its biography…). So in speaking about games chronology, it’s most convenient for the researcher to assign the date that the “finished” game was published for the first time, be it by a AAA studio or at a game jam. That doesn’t mean the date is absolute; the date merely serves as a placeholder. When we consider people, especially the dead, we use the date range of birth year and death year as determined by breathing (when they drew first breath and became “published” and when they drew their last).

It would seem that video game dates are arrived at just like records and books: by publication year. This is treating multi-linear game-media like its two-dimensional counterparts. What about dating games like architecture, with construction start and end dates (e.g., the Parthenon, 447–432 BCE)? This could incorporate the early versioning and iterative nature of game development, the first end of the range reflecting the beginning of development (whatever “development” means) and the date the game is no longer actively supported by the maker(s). Like buildings, games persist long after construction and, unlike people, they continue to be actively functional and material upon completion (as opposed to becoming pure memory and dust shortly after the expiration date). When we mention the Parthenon, we can still go to Athens and look at it as it is now, and we can refer to the building as “the Parthenon” to communicate to others the genius (spirit) of the building, or we can refer to the Parthenon from various periods of time to reflect the version we want to communicate, be it the 5th-century BCE masterpiece or the derelict hull of the 17th century. We can talk about Skyrim vanilla, or the expansions, or the VR version, or all of the different modded editions. It’s still Skyrim no matter what, just as the Parthenon is still the Parthenon. And in that instance, time doesn’t matter.

Maybe in using date ranges for games, it will make it easier for us to see how long games lived, how their life-spans overlapped with the development of other games. I would love to see a timeline with Pong and Pac-Man, Colossal Cave Adventure and Adventure, King’s Quest and Undertale, watching streams of influence come and go. And after the games are “gone”, they’re really not forgotten. Like the philosophers, these games continue to provoke and inspire long after their development has ceased.

Having come to a provisional conclusion about how to archaeologically date video games-as-architecture with date ranges reflecting the start and end of official, formal construction by the original builders/makers, we need to consider internal game-time and how the archaeologist can deal with that. In a game such as Assassin’s Creed: Odyssey (2018), the game’s environment is set in the 5th century BCE and includes a reconstruction/reimagining of . . . the Parthenon (I bet you thought we had finished with that . . . ). So archaeologically, when we play, are we in the 5th century or the 21st? Both? Yes, but for three reasons: first, the game includes scenes from the 21st century in it (as all Assassin’s Creed games do); second, because we are playing it in 2018; and third, because the game was released in 2018. So depending on the archaeological questions being asked, the internal game-time could synchronize with external game-time as well as perceiving ancient material culture in 5th-century time. The curious thing about time in most games, however, is persistence. Game-time in Pac-Man resets with each new game. Game-time in AC: Odyssey changes with the seasons, but it will never not be the 5th century. Game-time in Fortnite changes by virtue of a regularly modified landscape generally, but time also behaves as it does in Pac-Man, resetting after each battle royale. Fortnite is a paradox: time changes while time is standing still.

And what of studying games from the twentieth century? Even though these are cultural artifacts, when we play them now (on their original hardware), they also exhibit persistent time. Starting up Mario Bros. (1983) on an NES, it’s as if the past 35 years(!) never happened. The game performs as it did, and our objective sense of time has the potential to change to the subjective by way of nostalgia. So when, as archaeologists, we write on these games, I think it’s okay to acknowledge the nostalgic aspects of a game and the real-time in which it was produced, prior to becoming more objective when answering our research questions. This may be one of the main differences between writing about archaeology of the recent past v. the archaeology of antiquity. We hold no lived nostalgia for ancient Greece. We might have nostalgia for conducting archaeological research of ancient Greece while living in modern Greece, but that nostalgia is different from the actual, lived experience of being an active player of Pac-Man back when Pac-Man was new, coming back to it in 2018 as a researcher with memories of that lived experience. We must acknowledge that bias and either work with it or through it in order to attempt to draw objective conclusions, a hazard of contemporary archaeology.

I want to thank Benjamin Hanussek of Warsaw University for prompting this post through his question to me on email. This is really one of the major benefits of conducting research and writing out in the open. I appreciate the feedback, and questions like this help me grow as a games researcher. Archaeogaming is pretty weird, and it’s been a pleasure to look into the abyss and see a friend staring back.