Back to Bluegrass, Part 2

Thanks to No Man’s Sky‘s Online Services wonky behavior, human-occupied systems can completely disappear without a trace, only to resurface at a moment’s notice once the connection to the servers is […]

Thanks to No Man’s Sky‘s Online Services wonky behavior, human-occupied systems can completely disappear without a trace, only to resurface at a moment’s notice once the connection to the servers is restored. I had visited the Bluegrass system in the old Galactic Hub in May 2018 at the start of my PhD case study in recording evidence of past human occupation prior to version 1.3, but the system showed as sterile, even though records indicated much to the contrary. I thought I was done with my site visits, but it had always bothered me that Bluegrass continued to show as empty. By a stroke of luck, Online Services were active when I visited again on 30 June 2018, and I was able to see a more recent player base in the system, which might have been responsible for wiping out the legacy site of Serenity Villa. See the images, data, and videos below for more detail.

Resources (according to the log): Star Bulb, Cymatogen, Nickel, Heridium. 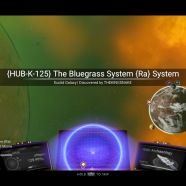 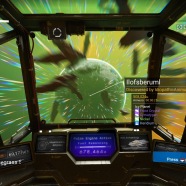 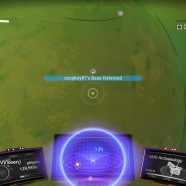 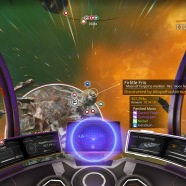 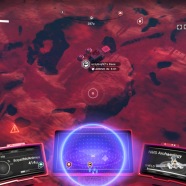 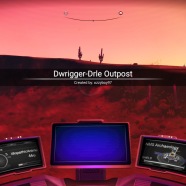 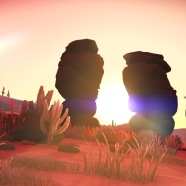 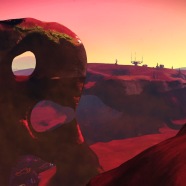 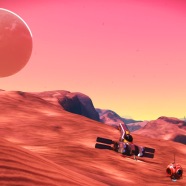 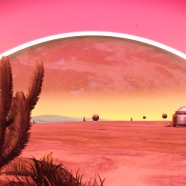 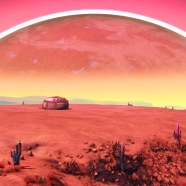 The parched moon of Firlitle Fris is a classic American desert landscape with saguaro cactus, creosote bushes, and scrub completely covering rolling hills bisected by wide canyons and pitted with caves. Hoodoos are frequent. The predominant color is a rusty orange, and the dust creates spectacular sunsets and sunrises of oranges, pinks, and purples. At night, orange and green auroras light the sky. 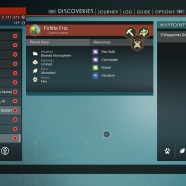 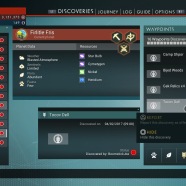 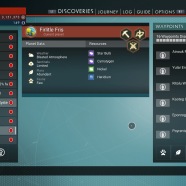 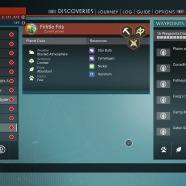 13 Waypoints appeared on the main planet on July 1, 2018 with Online Services active. These were discovered between April 4 and August 17, 2017. April 4, 2017, was when the Serenity Villa base was expanded.

No player discovered waypoints on both The Bluegrass Planet and The Bluegrass Moon even though they were being explored at roughly the same time. The moon was explored first prior to the neighboring planet hosting SilfenPath’s base. The base currently on The Bluegrass Moon might still date to Pathfinder based on the pre-August 2017 date of the last waypoint discovered.

Dwrigger-Drle Outpost is a single-level base entered either from the ground or from a landing pad attached to the roof of the structure. Two round rooms flank a central base unit entered from the northwest. Short hallways exit from the northeast and southeast to the two empty, round rooms. A third exit opposite the airlock door opens onto the main central room with a central set of stairs and a back wall of nine decorative trade terminals surrounded by windows onto the desert landscape. Doorways to the northeast and southeast open onto short, curved hallways leading back to the empty round rooms. Immediately southeast of the stairs is a wall that should be a doorway opening onto another round room, which sits outside, disconnected by about 5m. A similar room sits directly opposite, this one accessible but empty. An active Trade Terminal (Exchange 0/5/M/U) hangs on the wall under the stairs indicating that the player might have wished to have planted hydroponic crops for players to sell through this terminal. The stairs lead to a ladder up to a short, disconnected landing, which looks to another airlock leading out to the landing pad to the northeast. The floor between the landing and the door is absent, however, requiring the use of a jetpack to jump the opening. Outside, another decorative terminal is placed on the northeast wall. The missing floor and disconnected, doorless room likely reflects either poor or incomplete design by the player rather than a moved, glitched base. 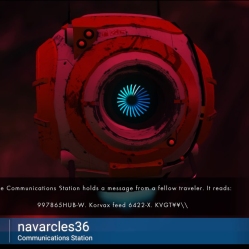 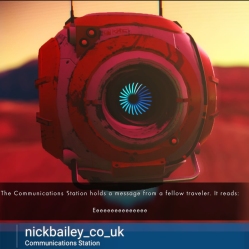 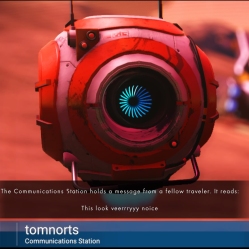 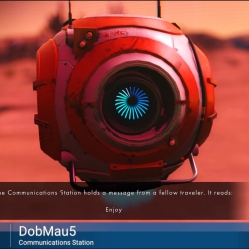 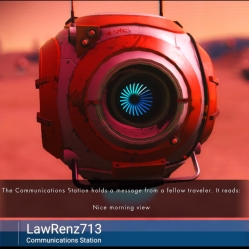 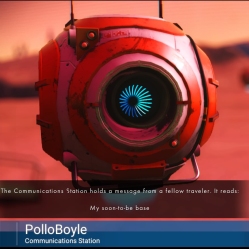 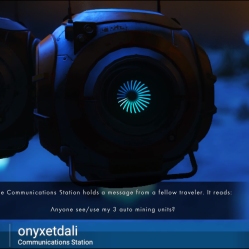 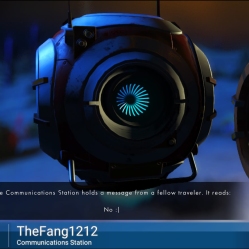 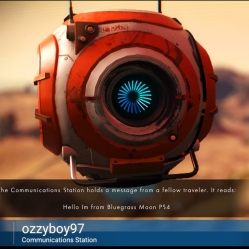 No. 1 contains Hub coordinates and is set next to a monolithic ruin.

No. 2 notes the geological anomaly of an “e”-shaped rock formation, but more importantly was placed by nickbailey_co_uk. The website is an old blog, the last post from July 1, 2017, that has a live-feed from @DrNickBailey, a Cambridge rocket scientist who remains active on Twitter.

No. 3 marks a pleasant view.

Nos. 4–6 surround a habitable base (Dwrigg Outpost) with a spectacular view of the moon’s planet, one player claiming the unit as the “soon-to-be” base.

Nos. 7–8 are a 2-minute walk from nos. 9–10, and converse with each other about the presence/absence of mining units, which are now gone.

Nos. 9–10 float above the desert (indicating original comm station placement) near a habitable base unit (Ipnomi Colony), which used to be a player base in the Bluegrass system, now gone.