Onsen is the second of two neighboring planets paying tribute to Douglas Adams’ The Hitchhiker’s Guide to the Galaxy. Alone in Euclid Galaxy, a colossal reconstruction of the Deep Thought computer broadcasts […]

Onsen is the second of two neighboring planets paying tribute to Douglas Adams’ The Hitchhiker’s Guide to the Galaxy. Alone in Euclid Galaxy, a colossal reconstruction of the Deep Thought computer broadcasts the answer to life, the universe, and everything to the rare visitor. Tucked up inside the sculpture, however, is a secret room containing a bed and a lamp, the caretaker, morgvom_org, long gone.

Looking at the player’s name, I visited morgvom.org online, which led me to a German player Torsten Hartmann’s blog featuring No Man’s Sky content. He writes about Deep Though on June 11, 2017 (translated from the German via Google Translate):

With my freshly washed favorite towel over my shoulder yesterday I rebuilt the super computer Deep Thought (from the reasonably good film adaptation of the Douglas Adams trailer ) in No Man’s Sky. The life, the universe and all the rest can not do me any more, because the basic editor is just one of 42 reasons why I still play No Man’s Sky.

Type: “Frozen” planet
Weather: Permafrost
Sentinels: Low Security
Flora: High. There are 0 flora varieties discovered, but on a later June 18, 2018, visit, 6 species appeared in the log from 2017.
Fauna: Medium. 0 of 5 animal species have been discovered.

Resources (according to the log): Star Bulb, Aluminum, Iridium, Heridium. 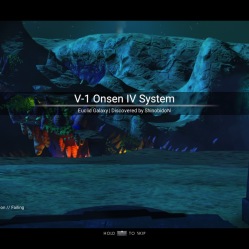 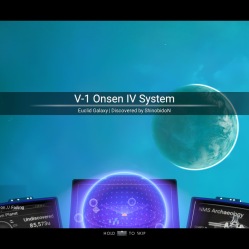 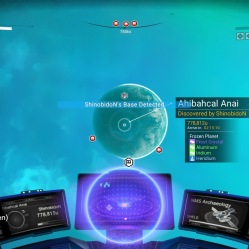 The world of Deep Thought is now completely frozen and quite cold. It is frequently hilly and forested with pine-like trees.

Despite the base being called a “portal observatory”, there is no longer a portal on this world (because of the planet’s frozen state), and the base is not an observatory. Instead it is a colossal model of Deep Thought, the computer from Douglas Adams’s The Hitchhiker’s Guide to the Galaxy, broadcasting the answer to life, the universe, and everything: “42”. 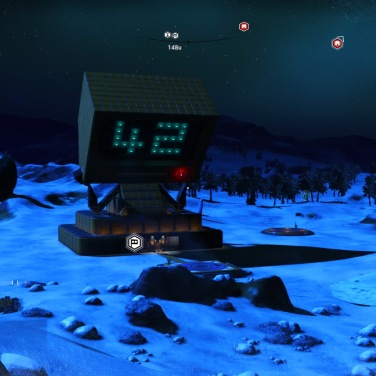 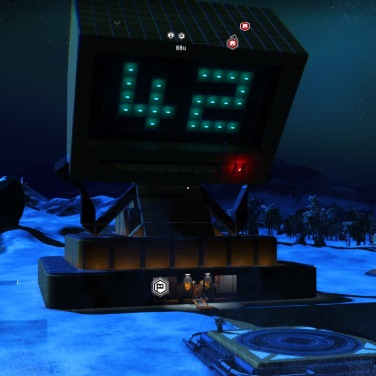 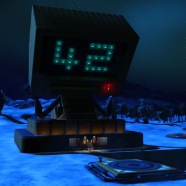 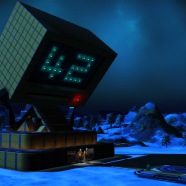 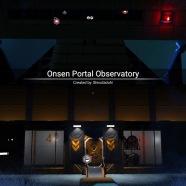 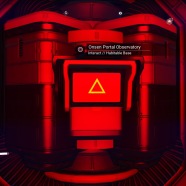 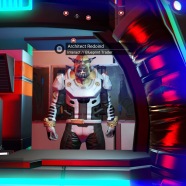 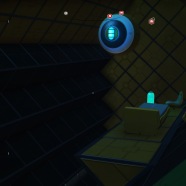 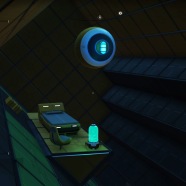 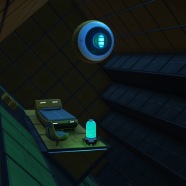 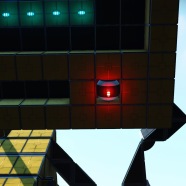 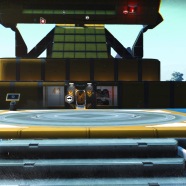 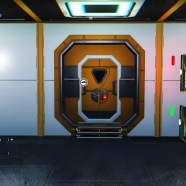 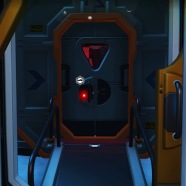 An active landing pad leads one due east into the ground-level plinth accessible by airlock, flanked with black banners containing brown circles incised with two yellow chevrons. Entering the first airlock, one is in a ring hallway pierced by a single airlock door with “42” printed to the left and a tire rack on the right. Upon entering this airlock, a message appears: “[The Crusibidon] Don’t Panic!” This player has been seen before on New Ireland next door with his own Hitchhiker’s-inspired base. Entering the second airlock is the central base unit with Vy’keen vendor and Base ID. At the back of the computer terminal sculpture at the bottom is a small, square entrance into the computer itself, which contains a single bed and a lamp.

To the east is a Roamer geobay. To the south is an inactive racecourse starting bay.

No communication stations were observed on June 17 and 18, 2018, despite Online Services being active and logging out and back into the game.