Skip to content
The Completely Ordinary Mother Base
archaeogaming

The Completely Ordinary Mother Base

The single thing that makes Mother Base in the Legacy Hub stand out is the fact that it is completely ordinary in every way. It is the first such Legacy […]

The single thing that makes Mother Base in the Legacy Hub stand out is the fact that it is completely ordinary in every way. It is the first such Legacy Base that did not float, was not buried, did not glitch, did not exist in two places at once, was not half-deconstructed, and remained in its original Pathfinder location. There is absolutely nothing “wrong” with this base, which of course makes it an anomaly in No Man’s Sky post-v1.3 update. I can find nothing odd about it except the fact that its normal behavior is odd. I suppose if we needed a “control” base to all of the variables discovered so far, this is the one.

Type: “Empty” moon
Weather: Tempered
Sentinels: Typical
Flora: None. According to the Discoveries log, 0 plant species have been discovered. The moon is now completely devoid of any life, plant or otherwise.
Fauna: Not Present. Also based on the Discoveries log, 1/12 animal species have yet to be recorded. All species on this moon, however, are now extinct thanks to the v1.3 update.

Resources (according to the log): Star Bulb, Gold, Iridium, Heridium. I did not observe Star Bulb and Gold. There is, however, the exotic element Mureen.

Arpinsarypov’s landscape is gently crenelated with short, rolling hills surrounding frequent, flat plains. Small rocks litter the modest slopes. The pink and blue ground of the parched moon is cracked, reflecting heat. A layer of dust constantly clouds one’s vision during daylight hours. The sky is dominated by the planet Oismuliarklads. Trading ships disturb the quietude here as they try to land at the base. 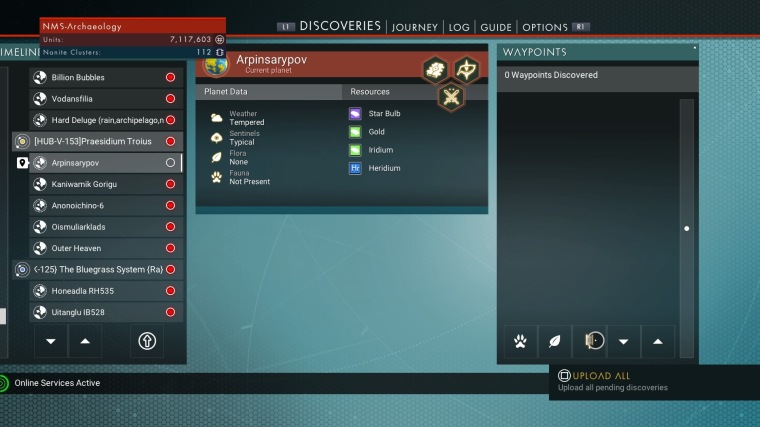 0 Waypoints discovered. The moon (as of Atlas Rises) has no ProcGen structures.

SolidLuigi’s Mother Base is a modest and possibly original (first) base built by this player based on its layout and contents: nothing fancy, but many of the Pathfinder base-building quest-related features are present. A landing pad sits just to the west of the base. The base itself opens to the east along an east-west axis with the base ID and base unit vendor just inside. A short hallway leads east to an active Trade Terminal (“Data Store B/B-71K”). Curved, glass hallways open to the north and south leading around to a main, rectangular room containing a tire rack, decorative planters, and a weapons station. Airlock doors open to the north and south walls. One staircase on the south wall leads up to a small, rectangular room with four hydroponic trays containing one specimen each of Gamma Weed, Coprite Flower, Solar Vine, and Frostwort.

Outside, a save unit is to the left of the main door as one enters. A beacon stands opposite, and just to the north is a signal booster. 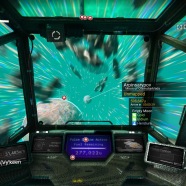 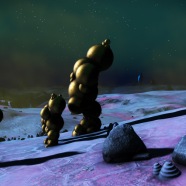 There are no communication stations on this moon, even with Online Services active.