I’ve been playing Skyrim VR for nearly two months now, and have logged over 100 hours on this version with one character. As part of my archaeology PhD thesis for […] 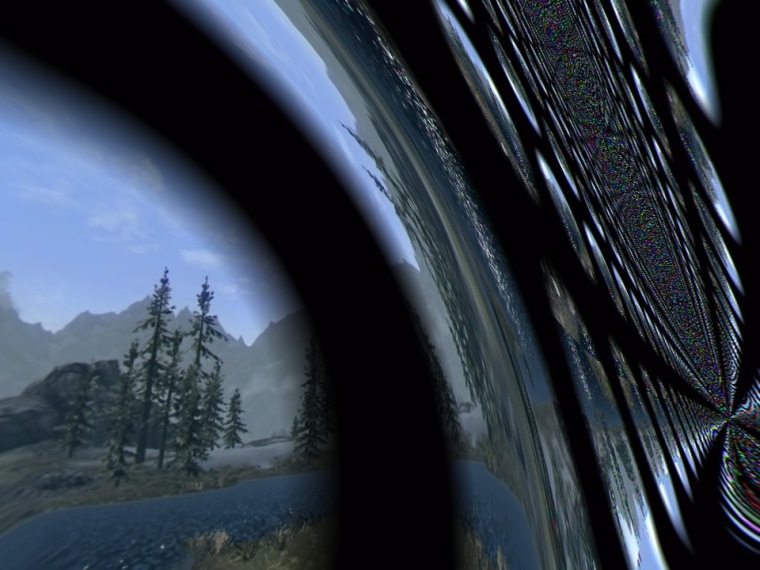 I’ve been playing Skyrim VR for nearly two months now, and have logged over 100 hours on this version with one character. As part of my archaeology PhD thesis for the University of York, I’ve been looking for glitches as part of the game-world experience. When it was released by Bethesda Softworks in 2011, Elder Scrolls V: Skyrim was famous for its glitches, aberrant breaks-in-presence (to borrow the term from Dr. Stu Eve) that bring a player out of the immersive experience because of the on-screen oddity. I found a doozy on Jan. 1, 2018 in the VR edition, which immediately reminded me of the black hole visualization in the Christopher Nolan film Interstellar (2014): 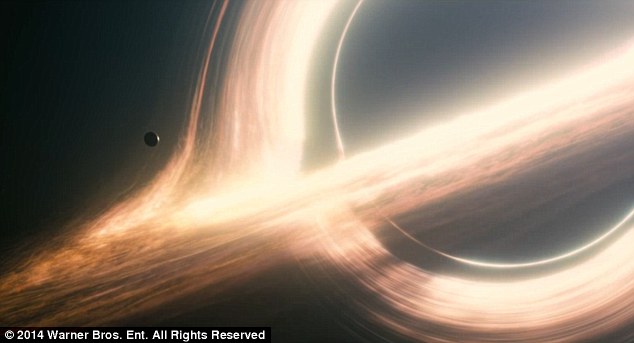 In the first figure, the central world looks as it should, but is then divided by a black line followed by copies of itself cascading into infinity. The glitch occurred in Skyrim VR v1.02 for PS4 with a first-generation PSVR headset as I was traveling on foot over some rocks to Mara’s Eye Pond:

As soon as I crested the rocks and saw the pond, the game froze . . . sort of. While my movement was arrested, I could still turn my head and take screen and video captures of the weirdness that appeared immediately as the game locked. The circle contains the main visual, but with a curved horizon as if I was in a low orbit over Earth. Stretching into infinity were infinite circular iterations of the same space locked in the same point in time: 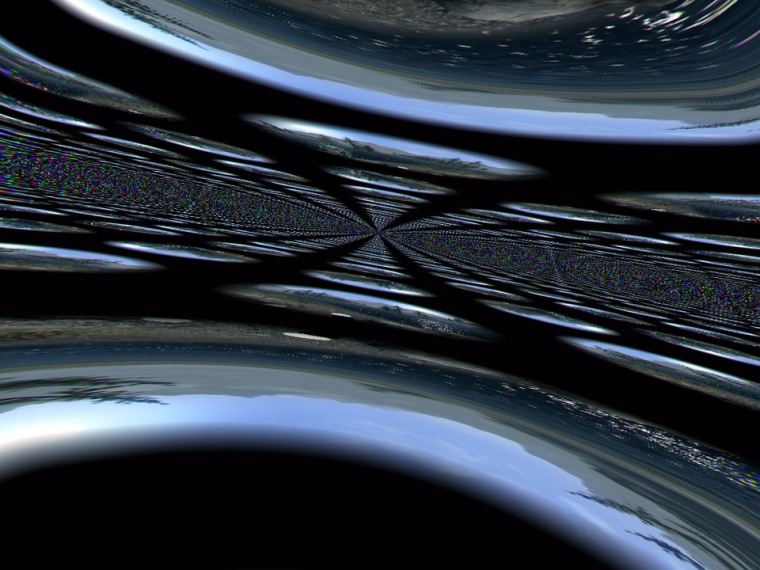 These infinite instances expanded off of my left, right, up, and down axes, and also reminded me of the scene in Interstellar where the astronaut is trapped in a tesseract, a four-dimensional cube: 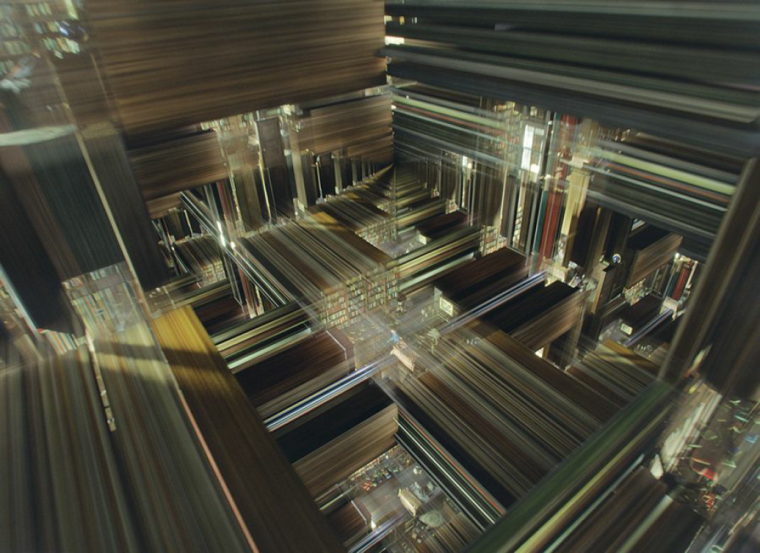 You can learn more about the mathematics of a tesseract here. One can conceivably drop in to any of the space-times observed in the tesseract. As I thought about this, I remembered that what I am looking at on the screen and through my headset is not a cube but a sphere. I also remembered that in VR, I have 360 degrees of motion, so when I turned around, the image that greeted me was . . . upside-down, something I’d never seen before (nor expected). An upside-down image is what happens when you project an image through a convex lens: 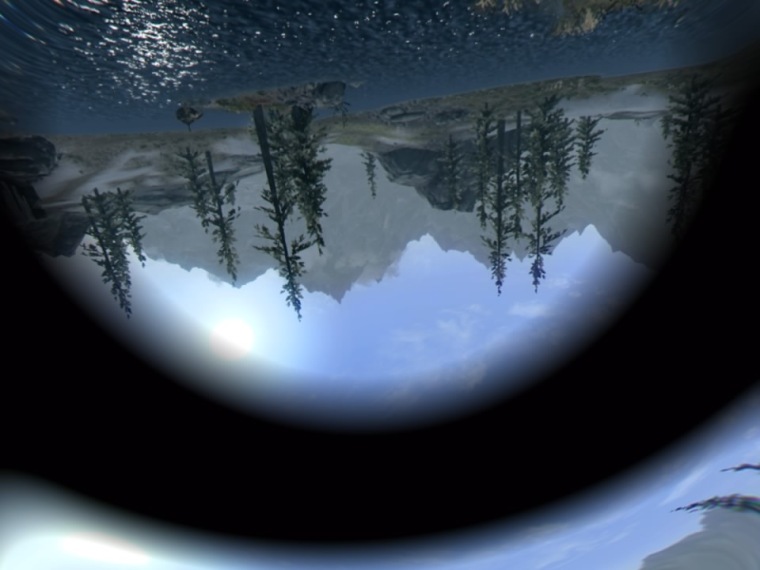 The image in front of me was right-side up, but the one behind me was an upside-down reflection, and NOT what was actually supposed to be behind me. That is super-weird.

When thinking about extra-dimensional curved space, we are no longer looking at a tesseract, but rather a 3-sphere (aka “glome), which you can read about here. It’s the spherical version of the tesseract, or a 4-D sphere.

For a brief moment, I was trapped both inside and outside of the game, and game-time, looking at a bizarre visual glitch that has the hallmarks of 4-D space. I didn’t do anything odd to trigger it; it just happened, and I was unable to reproduce the glitch. Having seen a 3-sphere in VR, I’m now wondering if this has occurred for others in this game and in other games and other VR experiences. Why did the 3-sphere appear? What triggered it? And does this reflect intended functionality by Bethesda in how the VR imaging is supposed to work, but I just happened to catch it in a moment of assembly?

Here’s a video of what I saw: