AR (typically) stands for “augmented reality.” AR games blend the “real” and “virtual” worlds together. For example, Pókemon Go is a popular AR game that takes you into the “real” world while you use your mobile device to collect digital pocket monsters. With the success of Pókemon Go, a number of other game developers have taken what AR used to be, and have transformed it into what AR (and to some extent VR—virtual reality) always strived for. AR is now “actual reality.” The original Actual Reality game was the MMO Outside (h/t to Colleen Morgan for reminding me of this bit of archaeogaming lore). But in 2017, the gaming landscape is awash in new AR games for solo and group play:

Rockstar Games, Grand Theft Auto VI: My City (The Actual Reality Experience). In the AR port of one of the best-selling games of all time, players pay $60 for the chance to steal cars within their own towns. Every car can be unlocked as your skills improve. Law enforcement pursuit has been described by some beta-testers as “intense and real,” with the main drawback being lack of exotic cars. “Mostly I get stuck with Civics and the occasional Prius,” one tester lamented. As in earlier entries in the series, players can engage in questionable moral behavior, but should be prepared to face the consequences of their actions. “I thought they were kidding when they said they wanted the money now,” confessed a tester. “But Rockstar wasn’t kidding around. The doctor says it will take months for my bones to knit.” 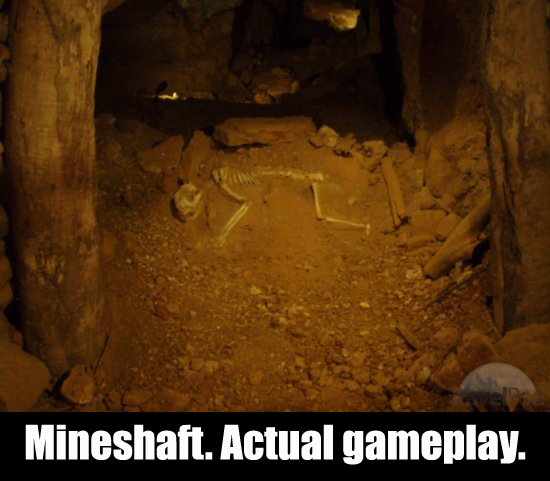 Mojang/Microsoft, Mineshaft (Actual Reality Edition). Experienced players will recognize the open world format made popular in this sandbox game. Materials are easy to find, and creepers are everywhere! For the truly adventurous, there is “permadeath” mode combined with the Nether experience in select “mineshaft” locations scattered around the globe. Lucky players will find gold, silver, and even uranium. Craft and use weapons, but watch out! This is actual reality. Those villagers can sure pack a punch.

Hello Games, Nobody Cares (in Actual Reality, no one can hear you scream). In this infinite space exploration game, try to collect what you need to get yourself into space. In actual reality, it’s impossibly difficult! You’ll find other players impossible to find and interact with, and there aren’t even any dinosaurs! You’ll probably find yourself sitting in a desert somewhere transfixed by natural beauty until you die of thirst, learning the lesson that nobody cares (especially if you’re playing this game). Believe the hype!

Ubisoft, Assassin’s Creed: 2017 (Actual Reality). If you think you’ve played Assassin’s Creed, think again. In the new stealth game from Ubisoft, players find themselves in the real world of 2017. Who is the hunter and who is the hunted? In this paranoid take on the open world stealth-shooter, it could be anyone . . . or everyone. One part hide-and-seek, one part normcore cosplay, one part death-dealing to complete strangers who never saw it coming (but probably deserved it), AC2K17AR is the killer app for mobile platforms.

“But what about Actual Reality games for archaeology?” you find yourselves asking. “Isn’t there anything for the archaeogamer?”

You’re in luck! There are two:

Naughty Dog/Crystal Dynamics, UnchARted: Lara’s Revenge. Players of the classic Tomb Raider and Uncharted series are in for a treat in this Actual Reality game of cat-and-mouse. It’s archaeologist vs. “adventurer” in a race to see who can raid the most tombs while collecting the most artifacts/treasure, setting traps for each other while blowing up entire cities in culturally sensitive areas of the world. It’s OK! It’s only a game! An Actual Reality game. 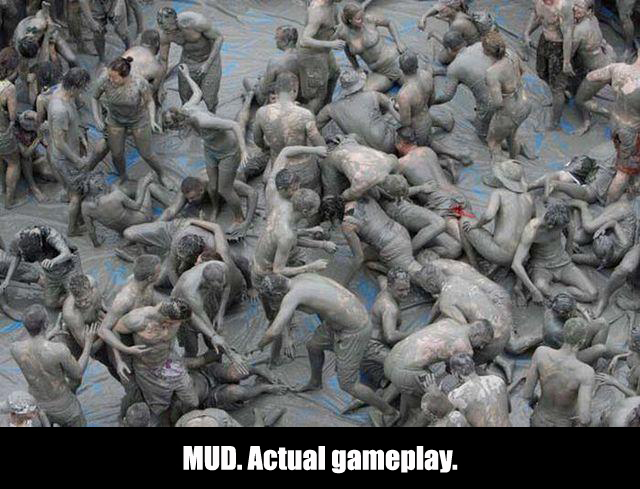 For those players who are old school enough to be into retrogaming, there is also MUD, which has recently been ported over for Actual Reality. Forget your fancy hardware and lightning-quick reflexes. This is just dirt and water. Not only can you relive the original MUD, but you can also make your own MUD mods using the original MUD source code, which is in the public domain.

Enjoy these Actual Reality games while you can. Because they’re dangerous, and you could die.